Buy a Home in Marbella
Scroll Down 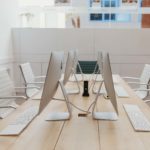 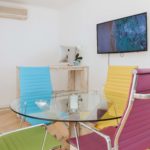 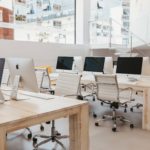 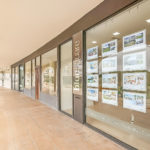 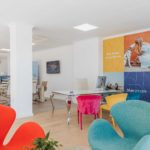 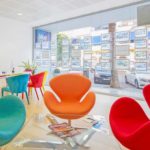 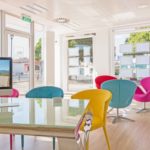 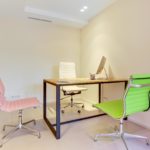 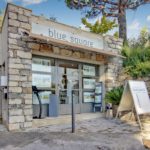 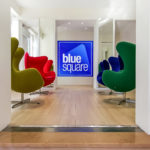 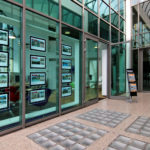 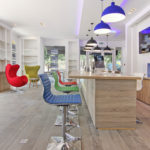 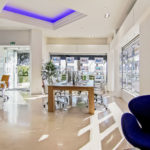 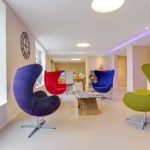 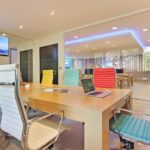 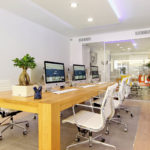 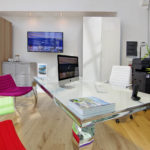 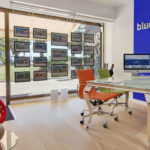 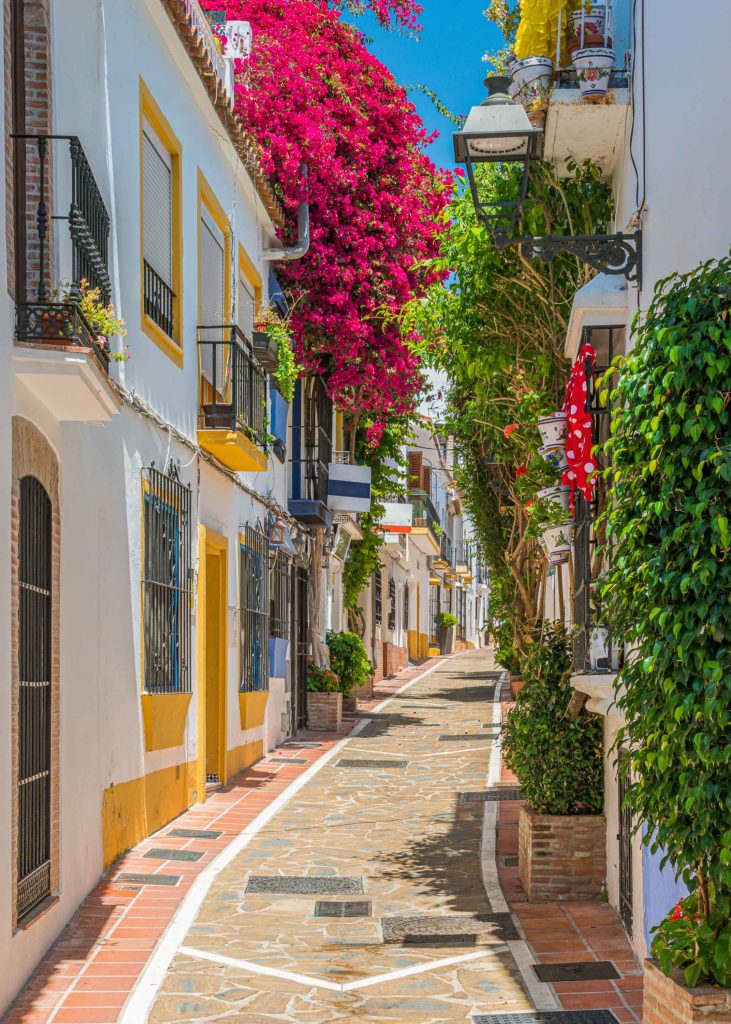 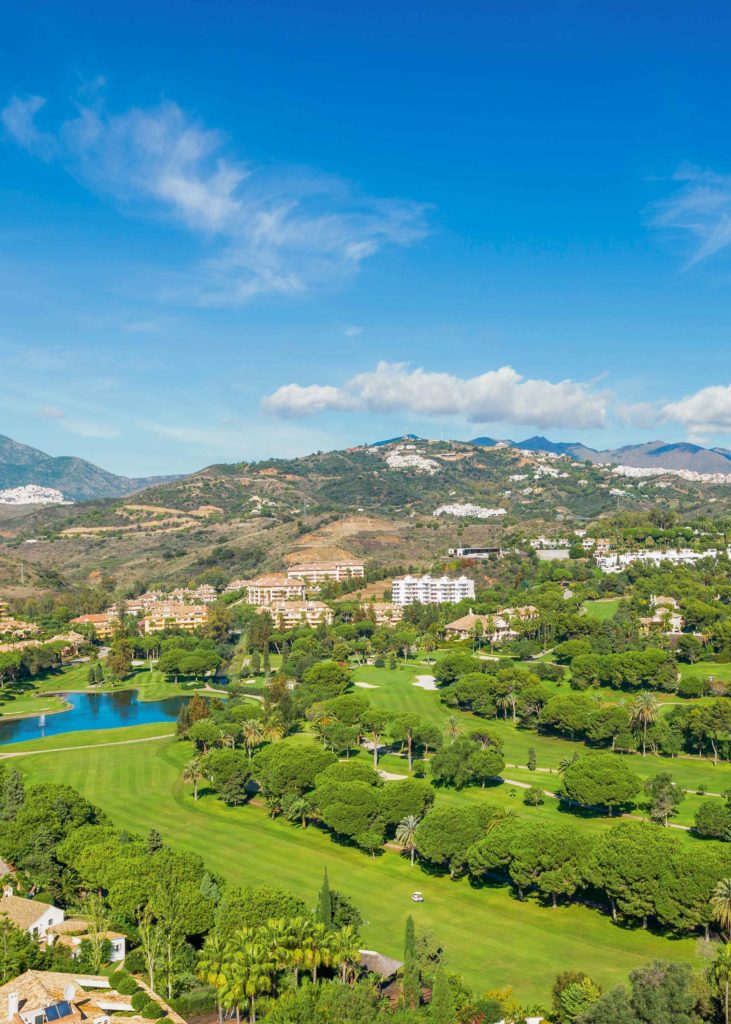 As one of southern Europe’s most famous holiday destinations, Marbella needs no introduction. The favourite spot in southern Europe for the rich and famous since European aristocrats discovered its delights in the late 1950s, Marbella oozes sophistication and luxury.

Take the location for a start. The town boasts an idyllic setting, nestled on the Mediterranean coast backed by the stunning Sierra Blanca mountains whose highest peaks rise up to 1,200 metres. Morocco and Gibralfaro form the southern horizon and are easily visible from the Marbella coastline that stretches for a full 27km.

Then along with a privileged natural backdrop, Marbella enjoys possibly the perfect climate. Sheltered by the mountains, it’s never too hot or too cold and the over 300 days of sunshine a year ensure a pleasant al fresco lifestyle all year round. Unsurprisingly, the town is known as the California of Europe and has attracted foreigners from all over the globe for decades, many of whom look to buy in Marbella.

As a result, the town has some of Europe’s finest installations – you’ll find over 20 golf courses, the renowned Puerto Banús Marina, world-class international schools, top private health clinics, high-end shopping facilities and Michelin star restaurants. Marbella also boasts some of Spain’s top hotels including the iconic Puente Romano and Marbella Club together with beach clubs (Ocean Club and Nikki Beach, for example) and nightclubs such as Olivia Valère that are legends in themselves.

And then there’s the scenery. Spectacular mountains form a semi-circle around Marbella to the north offering spectacular backdrop at any time of year. The Mediterranean sparkles in the south and offers views to Morocco and the Strait of Gibraltar. Add to this the greenery in the foothills, boulevards and parks, and it’s easy to see why in 2016 the European Environmental Agency declared Marbella Europe’s second greenest city, second only to Nörrkoping in Sweden. Residents and tourists can enjoy the surroundings everywhere whether it’s on the seafront promenade, in one of the many parks or out walking in Sierra Blanca.

Marbella might be a millionaire’s playground, but the town remains faithful to its traditional Andalusian roots. A week of festivities takes place in June for San Bernabé and in October for San Pedro, Marbella’s patron saints. Thousands of locals attend the Holy Week processions and the parade in honour of the Virgen del Carmen, the patron of fishermen in July.

On a more modern note, the annual Starlite Festival attracts the biggest international and Spanish singers and musicians with almost two months of concerts in July and August. Art Marbella, the best exhibition of contemporary art on the Costa del Sol, takes place in July and there’s a year-round programme of plays and performances at Marbella Theatre.

Throughout its history, Marbella has welcomed people from all walks of life and from all over the world. Once a small fishing enclave with its inhabitants numbering just a few thousand, Marbella has grown to become the second largest town on the Costa del Sol.

The town’s population is today made up of dozens of different nationalities, races and religions creating one of the most cosmopolitan societies in Spain. But despite the influx of foreigners and the big changes in its population, Marbella’s typically Andalusian hospitality lives on and foreigners describe the town as welcoming.

The melting pot of nationalities ensures open arms for a wide variety of cultural activities and traditions. Marbella celebrates the Irish St Patrick’s Day, the Dutch King’s Day and Halloween with just as much enthusiasm as it shows for local traditions going back centuries. And like every town and village in Andalusia, Marbella loves a fiesta!

Across its long coastline, Marbella offers a rich array of architectural styles and from across the ages. The oldest buildings include the Roman villa at Rio Verde whose mosaics date back to the 2nd century AD and the Basilica in San Pedro de Alcántara from the 6th century. 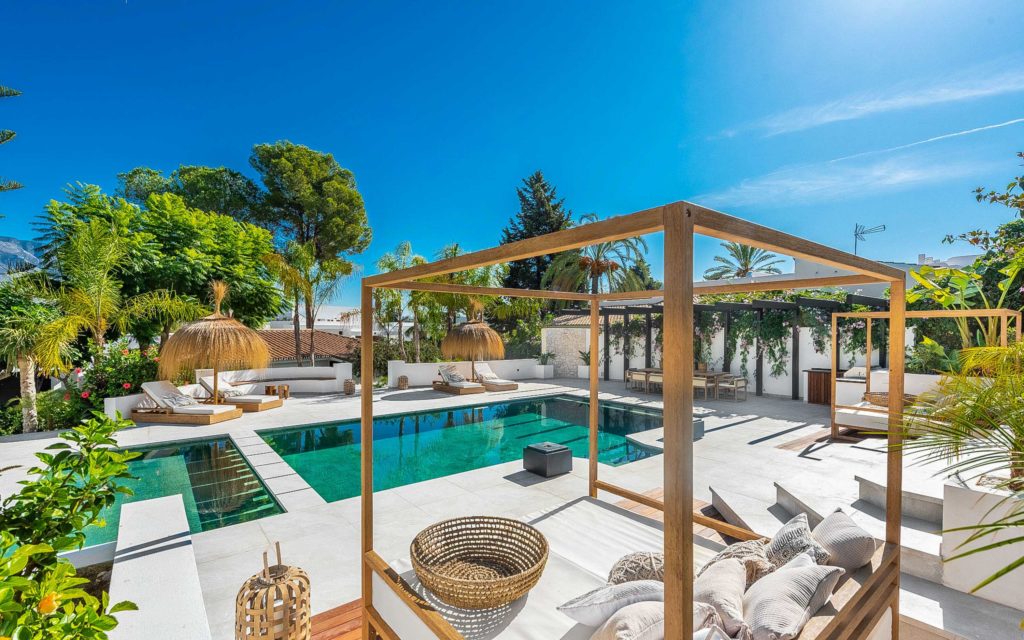 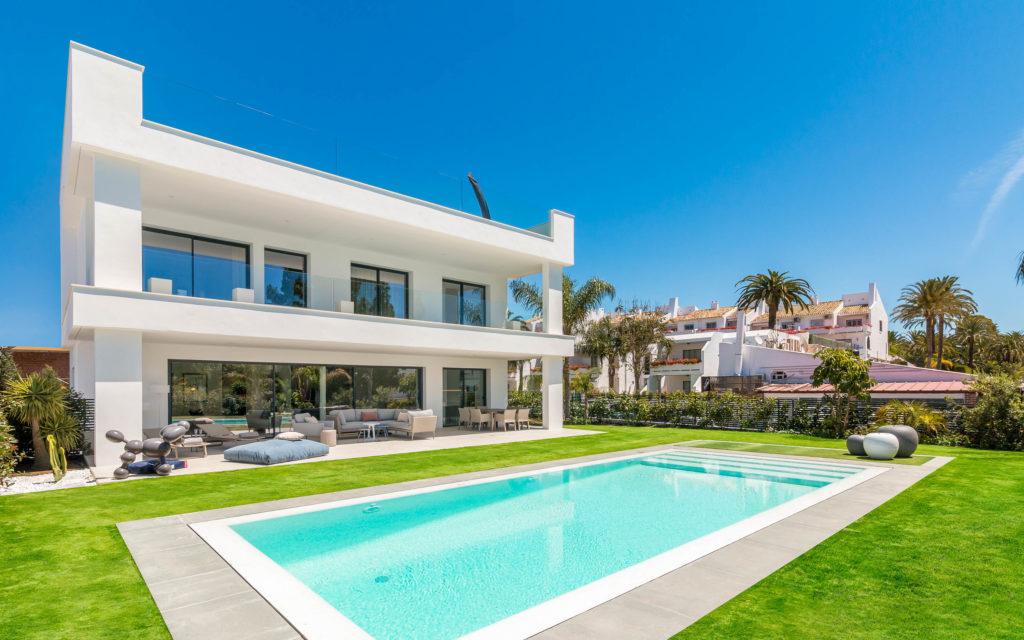 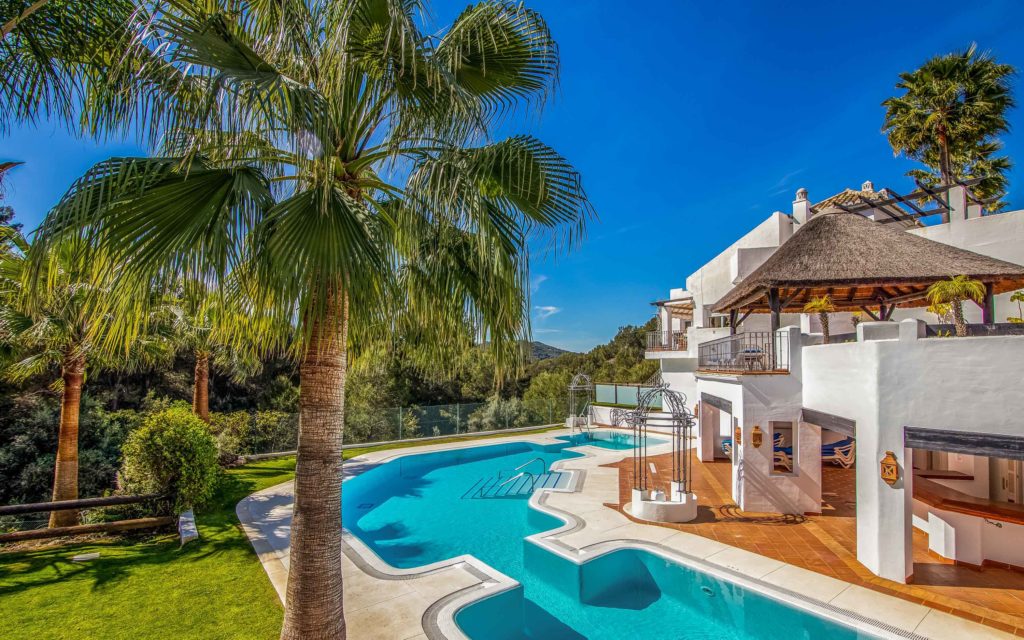 The Moorish castle in the Old Town echoes those found in Malaga and Fuengirola with walls that encircle the central section even today.

The Gothic and Renaissance periods too had their heyday in Marbella centre. The central Plaza de los Naranjos square houses three of the town’s most prized historic gems – the Ermita de Santiago chapel from the 15th century and the Renaissance Casa del Corregidor and Town Hall take pride of place.

Deeper into the Old Town, you’ll find historic mansions such as the Palacio de Bazán and Hospital de los Pobres as well as more recent townhouses dating from the 19th century.

The second half of the 20th century brought a mix of traditional and modern architecture to Marbella. Imitating the style of the typically Andalusian white villages are Puerto Banús, Marbella Club and Las Lomas de Marbella Club. Many villas also have a distinctly southern Spanish style.

At the opposite end of the spectrum are Modernist buildings such as Los Monteros and El Fuerte Hotels and in recent years, minimalist architecture has come into vogue.

The newest villas in Marbella come with flat roofs, steel and glass features housing wide open-plan spaces. These rank among the most popular types of villa properties to buy in Marbella.

Idyllic, sophisticated and luxurious. The ultimate destination in España

As anyone who lives in Marbella will tell you, the list of things to love about life in Marbella runs long. The weather ranks at the top as most people’s favourites – what’s not to love about over 300 days of sunshine and pleasant temperatures year-round? The al fresco lifestyle appeals across the board from young families to older retirees and everyone benefits from plenty of vitamin sea, sunshine and scenery.

You’ll also love all the amenities – Marbella’s sports, education, health and shopping facilities are second to none on the Costa del Sol. Add to this great wining and dining, stunning countryside on your doorstep, Malaga the City of Museums a half-hour drive away and a warm welcome, it’s easy to see why so many people buy in Marbella and make the town their home.

Along its coastline from Mijas Costa in the east to Estepona in the west, Marbella is dotted with residential developments. Perhaps more than anywhere else on the Costa del Sol, Marbella offers the biggest variety. You can choose to live on the beach, in the mountains, in a cutting-edge development, in a traditional city home, on a fairway…

Stretching from the nature reserve at Cabopino to the Bajadilla Marina near the centre are some of the best beaches in Marbella. Numerous residential developments (some of which are the most popular places to buy in Marbella) flank the sandy coastline and others reach up into the foothills with stunning views of the Mediterranean. East Marbella has several golf courses and is home to the emblematic Don Carlos Hotel, one of the first in Marbella, and the world-famous beach club, Nikki Beach.

Given Marbella’s glitz and glamour, it might be a surprise to find that the town centre has kept its authentic Andalusian atmosphere. The very heart of Marbella offers visitors a maze of flower-decked alleyways and pretty squares with architecture that dates back as far as the 15th century. You’ll come across historic gems such as the Palacio de Bazán, housing the Museum of Engravings, Town Hall, Castle walls and a number of chapels and churches. Boutiques and small shops line the narrow streets alongside traditional tapas bars and some of the best restaurants in Marbella including two with Michelin stars.

From the old Town, it’s just a short walk down the Avenida del Mar with its famous Dali sculptures to the seafront promenade, which stretches along most of the coastline. Central Marbella’s modern properties line the promenade and the verdant boulevards leading from it as far as the Golden Mile.

This tree-lined boulevard between Central Marbella and Puerto Banús houses some of the most exclusive real estate in Spain and the most expensive to buy in Marbella. Mansions and palatial properties line the Golden Mile with many belonging to the world’s rich and famous. The Saudi Royal Family owns a lookalike version of the US White House with nine separate villa annexes, Baroness Thyssen has a beachside villa as does the House of Alba. Numerous figures from European aristocracy and famous sports people also have second homes here.

At the centre of the Golden Mile is Marbella Club, the emblematic hotel where Marbella first welcomed the jet-set in the 1960s. Film stars such as Sean Connery and Brigitte Bardot and singers like Julio Iglesias and Lola Flores were regular visitors rubbing shoulders with royalty (Rainier and Grace of Monaco, for example) and aristocracy such as the Hohenlohe and Aga Khan. The renowned Puente Romano Hotel is next door and also houses one restaurant run by Dani García, holder of three Michelin stars.

Moving west you reach Spain’s most famous marina, Puerto Banús, built in 1970. Designed in whitewashed Andalusian architecture, the over 900 berths at the marina harbour some of the world’s most exclusive superyachts – the Shaf and Lady Haya, both belonging to the Saudi royal family moor permanently. Designer boutiques such as Gucci, Chanel and Jimmy Choo sit around the marina alongside bustling bars and restaurants. In summer, Puerto Banús attracts celebrities (and their fans) in droves and is the place to be seen on the Costa del Sol.

To the north of Puerto Banús lies the large residential development of Nueva Andalucia. Its secluded tree-lined avenues are home to large villas and mansions. Several first-class golf courses are located here too, particularly in Golf Valley, home to La Quinta Golf.

A small town in its own right, San Pedro has kept its traditional local charm and is perhaps the most Spanish of all the areas in Marbella. It too has its exclusive developments, centred around the Guadalmina River with luxury apartment blocks and beachside villas as well as the Guadalmina Golf Club, the oldest in Marbella.

San Pedro has a pleasant beach with a continuation of the promenade from Marbella and flanked by the newest developments in this area. In the town centre itself, you’ll find a mixture of traditional townhouses and more modern apartments modelled around the church square.

Marbella’s culinary roots lie in traditional cuisine such as gazpacho, fried fish and grilled sardines. Tapas too are popular, especially in the bars in the Old Town. But the cosmopolitan nature means you can find food from all over the world. 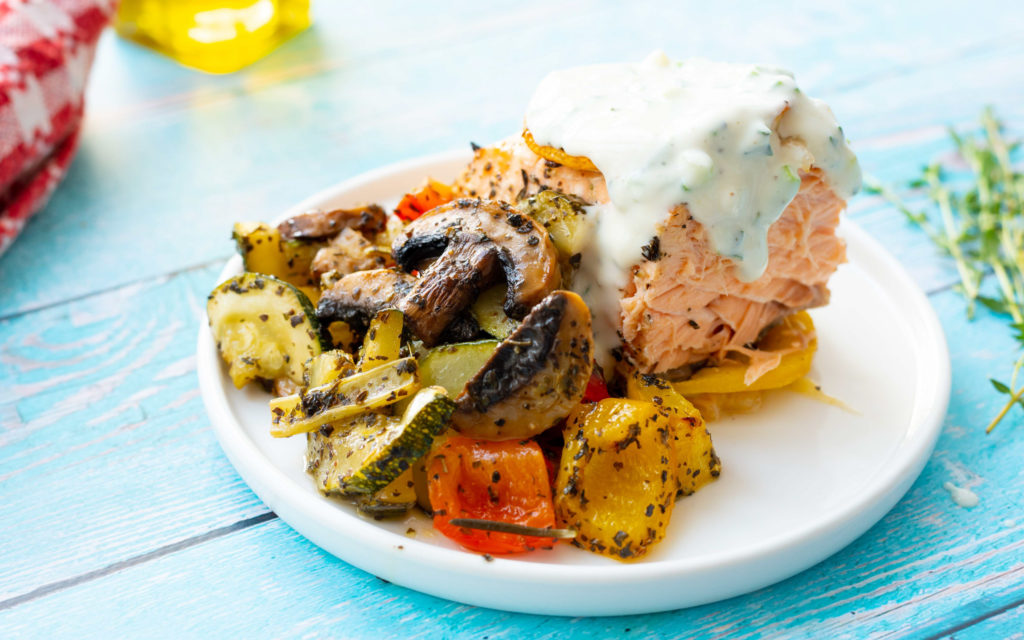 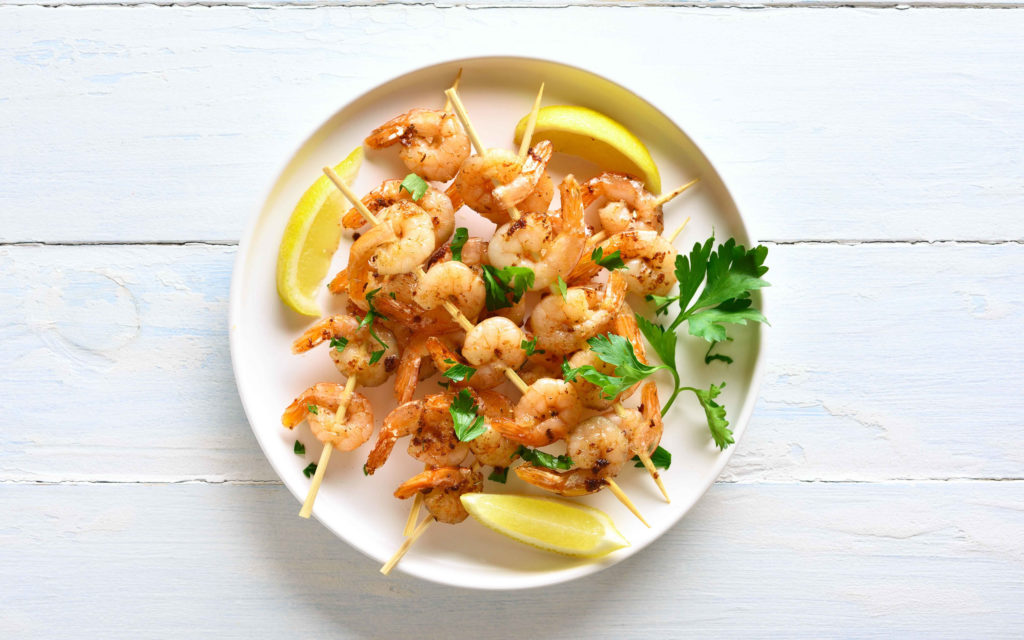 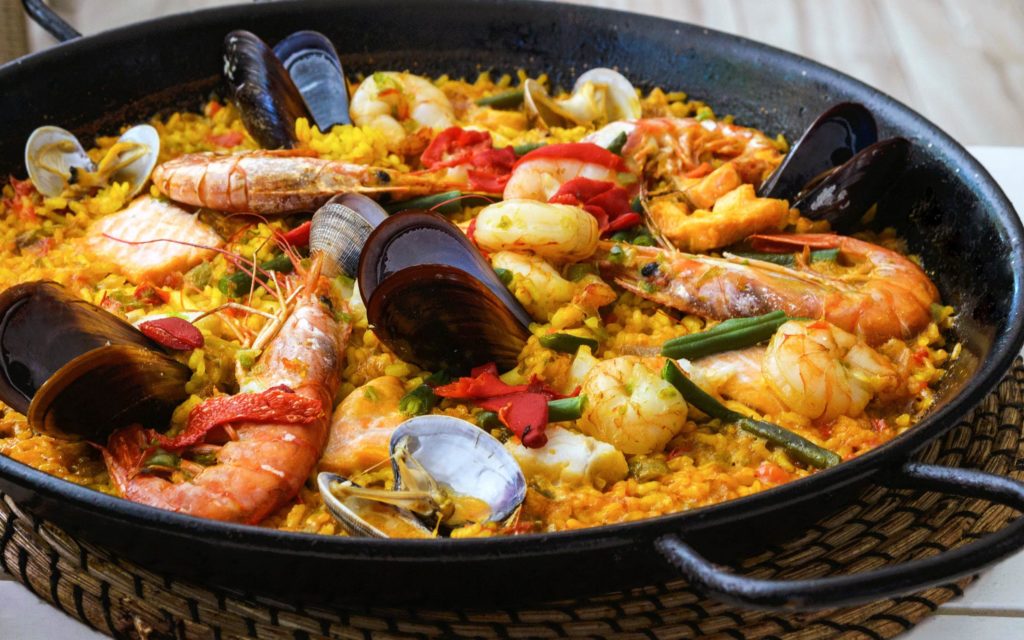 As well as international, gastronomy in Marbella has also gained a reputation for some of the finest in Spain. The town boasts four Michelin-starred restaurants whose chefs have six of the prized stars between them.

And although many other restaurants don’t have a star to their name, they do serve delicious quality food to rival the best in Europe’s biggest capital cities.

Restaurante Santiago – A classic on the Marbella dining scene, this family-run restaurant sits right on the seafront in central Marbella. True to its sea views, Santiago (owner and chef) has been serving fresh fish and seafood from Marbella fishing port since 1965.

Choose from simple fried fish and clams to sophisticated lobster and tuna carpaccio or go for one of the traditional rice dishes or stews whose recipes go back through the generations. Service is among the best you’ll find on the Costa del Sol.

We couldn’t include recommendations for Marbella restaurants without one of the Michelin star establishments. Messina, on the main avenue in Marbella, has chef Mauricio Giovanini creating innovative dishes using fresh seasonal produce.

The restaurant gained its first Michelin star in 2016 and has renewed it annually ever since. Choose from two tasting menus or à la carte dishes for a meal to remember.